Genocide is a crime of such massive proportions that even a century later the destruction is hard to comprehend. Much of that destruction cannot be undone: murdered multitudes, lost generations, uprooted communities, obliterated cultural heritage, expropriated property, and plundered natural resources.

This website is dedicated to the Centennial of the Armenian Genocide. Rather than a claim for reparations, it outlines (in broad terms) the loss, in the belief that better understanding the extent of the harm will help find a way forward.

Most of the harm cannot be undone. But certainly the victims and their survivors should not bear the cost alone while the perpetrators enjoy the fruits of the crime in impunity and other countries extract benefits from the delay, degrading all of humanity in the process.

Compensation cannot make the victims whole, but it can help the perpetrators and beneficiaries find the redemption they need: if not for themselves, for humanity’s sake; if not for this generation, for future generations.

Genocide is a crime of such massive proportions that even 100 years later the destruction is hard to comprehend. Much of that destruction cannot be undone: murdered multitudes, lost generations, uprooted communities, depredated homeland, obliterated cultural heritage, expropriated property, and plundered natural resources.

Inaction and indifference reinforce the notion that it pays to commit genocide. This is not an option, for it lowers the bar on barbarity for all humanity. Leaving a crime half-condemned and unredeemed sows seeds of instability and discord. Neighbors need to be able to live side-by-side without being haunted by their past.

Failing to deal with the Armenian Genocide fully and fairly at that time has cost humanity dearly. Had justice been done then, wars may have been averted, genocides prevented, and the course of history changed. Further delay causes further harm. Armenians individually have partially recovered after a century. But for humanity the unredressed Armenian Genocide is still a stumbling block to a more peaceful and civilized future.

Restitutio ad integrum is the international standard for measuring victims' losses. It means to make the victims whole or put them in the position they would have been in but for the wrong, which calls for:

For a benchmark, the US inflation rate since 1919 has been about 20 fold. 20 x $42.5 bn = 850 billion. This does not include opportunity cost, consequential or expectation damages.

These are the damages proximately, foreseeably and intentionally caused to the Armenians post-1919 by the failure to fairly and promptly deal with the aftermath of the Armenian Genocide. 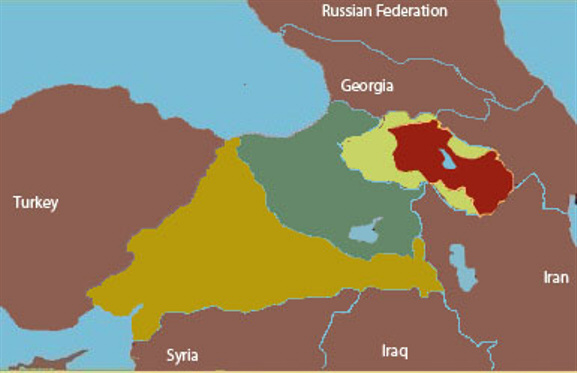 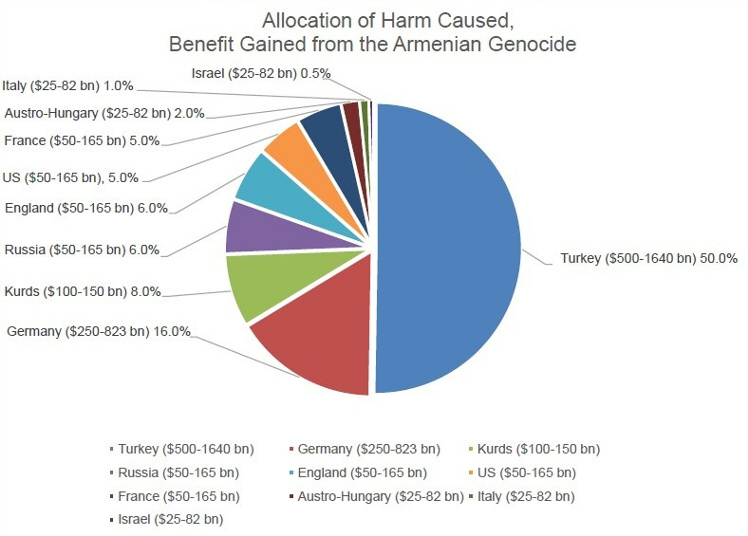